Coca Cola, the World’s most prominent player in the Soft Drinks market, was established in the year of 1886. After the Indian economy opened up, Coca Cola entered the Indian market. It established its Indian headquarters at Haryana through its wholly-owned subsidiary Coca Cola India.

Coca Cola fought through many issues such as its quality, resource exploitation, and market exploitation. It also faced protests from farmers stating that it affected both the quality and quantity of groundwater.

Coca-Cola – More than a brand

After the relaxation of the norms, the Indian population tried to ape Western culture. Coca Cola became more of a symbol of Western Culture and the American way of life. It had both the advantage and the disadvantage in this context.

The cultural uniqueness of the Indian market proved to be a significant challenge to the entry of foreign brands into India. Coca Cola proved to be an artistic image, just like Ernest Ditcher stated that every product formed an idea of identity in the consumer’s mind, and that led to the purchase of the same. We can understand the brand as a whole by conducting a SWOT analysis.

From this analysis, we can see that the cultural aspect plays an underlying role in all the above points. It will be a failure to underestimate the effect of culture on Consumer Behavior.

There were huge-scale protests throughout the country over the company’s bottling plants exploiting the natural resources. There was a widespread concern that the plants were depleting the groundwater level, and also the by-product wastes were also, in turn affecting the environment. These issues created widespread negative publicity for the brand and its associated products.

There were also quality issues with the product after it got tested positive for unapproved pesticides. These issues created a massive outburst over health concerns of the product, and thus the sales got affected. Some of its customers moved over to natural products, a prominent cultural effect.

There were management issues associated with the brand where the employees became hostile to the alien management style. Lack of understanding of the local culture proved to be a pain point for the company.

The cultural uniqueness of Indian Consumers

India scores a high 77 on the Power dimension. People like to create a world of hierarchy where there are layers of power. This also reflects in the buying behavior of the people. The rich and powerful tend to buy things that signify the above point. People usually bought coke not merely as a soda drink but as a status symbol.

India scores a median score of 48, which means it lies in the middle of the dimension. In the case of FMCG products, usually, the Collectivistic behavior of people tend to play a significant role. This can be seen where a group of people tend to buy Coke as a whole even though there might be individual drinkers among the group who might prefer fruit juices or other alternatives.

India scores a 56 in this dimension, which implies that the people usually dwell upon power and success. They tend to buy products that are validated by material gains. They might care to purchase products of Coca Cola since it is usually projected as a happy way of life (of western culture), which the population might try to imitate. The muscular brand strength of Coca Cola might also play its role in this factor.

India scores a 40 on this dimension and hence has low to medium avoidance of Uncertainty. People might be slightly reluctant to change to a new product such as Coca- Cola, but this can be easily overcome with enough well-placed advertisements.

Having a score of 51, India has a preference for a more long term pragmatic culture that dominates religious and philosophical thought. They like to honor traditions and at the same time view societal changes to modernize their way of living. Coca –Cola India must play safe with the religious sentiments of people if it wants to avoid the hatred that might develop against the brand.

India has a low score of 26 in this dimension, meaning that restraint is followed when buying products that give a feeling of “indulgence”.  Hence Coca-Cola must not present its product as a form of Indulgence but as a reward for their successes and as a sign of a happy life.

Based on Geert Hofstede’s cultural dimension in India, the company needs to price the product appropriately and also offer the quality that the consumers demand. Like Levitt (1983) said in his famous article titled “The Globalization of Markets,” he argued that new technology would lead to homogenization of customer wants and needs because consumers were expected to prefer standard products of high quality and low price. It can create employment opportunities and also do social community services as a part of CSR to start a positive cultural response to its products. Coca-Cola must understand the Indian market, the challenges that it poses, and come up with products for the Indian market for it to achieve long-standing success. This was also stated by Coca-Cola’s marketing Chief saying that the firm’s Big achievements have come from markets where we read the consumer psyche every day and adjust the marketing model every day (Brynes, 2000, P, 126).

The company can establish a strong presence in the Indian market because of its strong brand image. It can create a long-lasting relationship with its customers by understanding the consumer’s culture and offering products, respectively. It must ensure that it doesn’t offend the local beliefs and practices. Thus by understanding and respecting the Indian Culture, Coca Cola India stands to gain a lot.

Employee deleting his company was a hoax event

Sexual Harassment against children- A grave issue that needs to be addressed immediately! 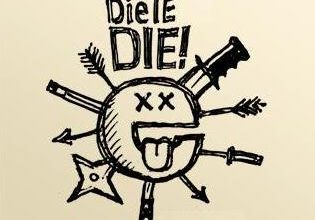 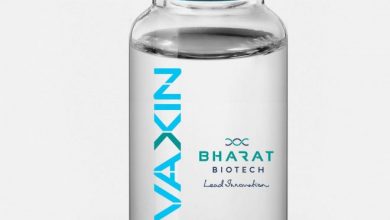